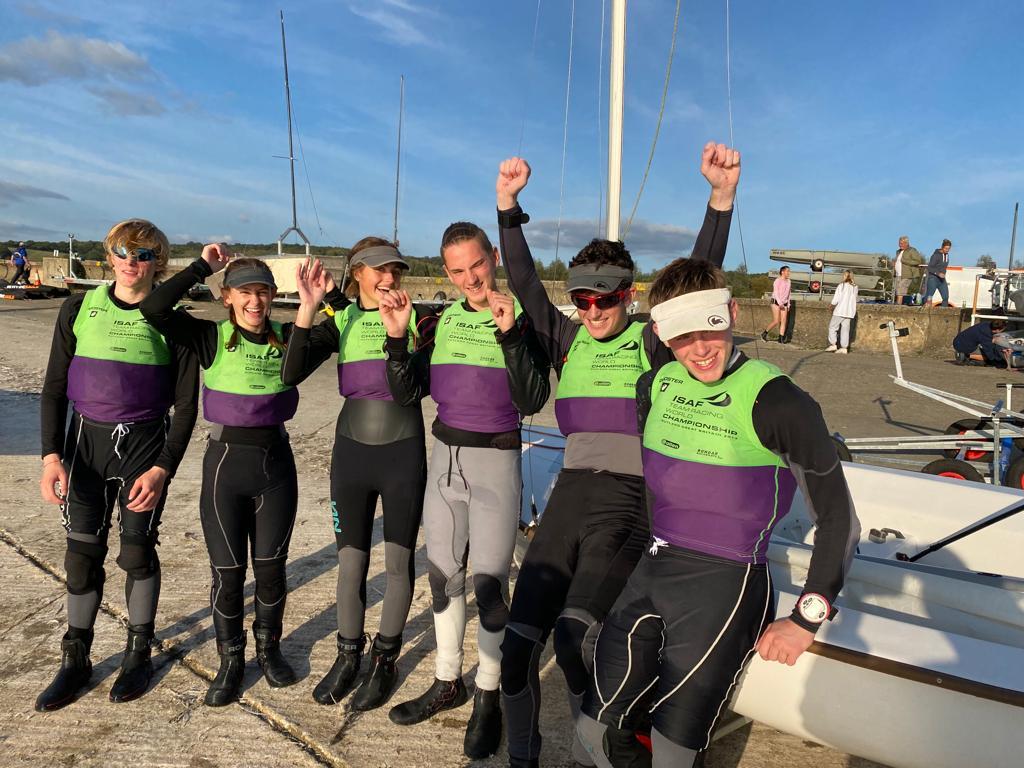 Rutland sailors performed superbly at the RYA National Team Racing Championships for the Eric Twiname Trophy this weekend. The three Rutland teams combined dropped only 2 races in the whole round robin series.

Rutland Green dominated throughout, finishing 123 in every race in the first round and not losing a single race all weekend to be crowned National Champions. Rutland Orange had a strong run into the Semi finals losing only 1 race, despite meeting several formidable opponents.

In the junior division sailed in Fevas Rutland Red learnt from their early loss to get 9 straight wins and a place in the semi finals. Here they fought well, taking a race from the eventual winners RHS who also had a Rutland Sailor in the team.

Our other Rutland / Oakham School team sailed well and demonstrated the depth in numbers that we have here at Rutland.

All this means Rutland is seen as a centre of excellence for team racing in the UK, with the teams holding the RYA Youth Nationals, BSDRA Nationals and Ladies National Team Racing Titles.

All the sailors have trained hard over the summer in both the Fevas and Fireflies to ensure that they promote Rutland SC as a vibrant and successful sailing club. With the new jackets they look quite smart too.

There will be more practices for youths , juniors and adults over the forthcoming months. If you would like to be involved either sailing, running starts of umpiring then contact Fiona Tylecote fionaandstevetc@aol.com

See you on the water.

Rutland Sailing Club Youths put in an amazing performance this weekend to win the RYA National Youth Team Racing Championship for the Eric Twiname Trophy, retaining the title which they won when the event was last sailed back in 2019. This time they did it in great style getting through the round robin stage without dropping a point, and the entire competition without losing a race.

The team Jamie Tylecote , Freya Pembery, Ben Tylecote, Ellie Hattam, Ewan McAnally and Solomon WIlby were joined by their second team who were placed 3rd overall in the round robin competition and were just narrowly beaten in the semi-finals.

In the junior fleet Rutland were also doing well with Rutland Red made up of Dylan Beatty, Oli McKee, Amelie Hacker and Harry Rowlands winning 9 races in a row to make it through to the semi finals. The took a win before narrowly losing to a team from RHS with a fellow Rutland sailor Toby Smith.

With 21 Rutland sailors taking part they made up 1/20th of the entire competition. This shows the amazing depth within Rutland Sailing Club and the HYDRA program. It follows recent success in both the British Schools championships and the Ladies Nationals.

The acquisition of Club Fevas means our juniors are now able to practice regularly for events like this, and for the less experienced it helps them get on the water under the 'Ready To Sail' Program, look at the Rutland Sailing Club website for more details. 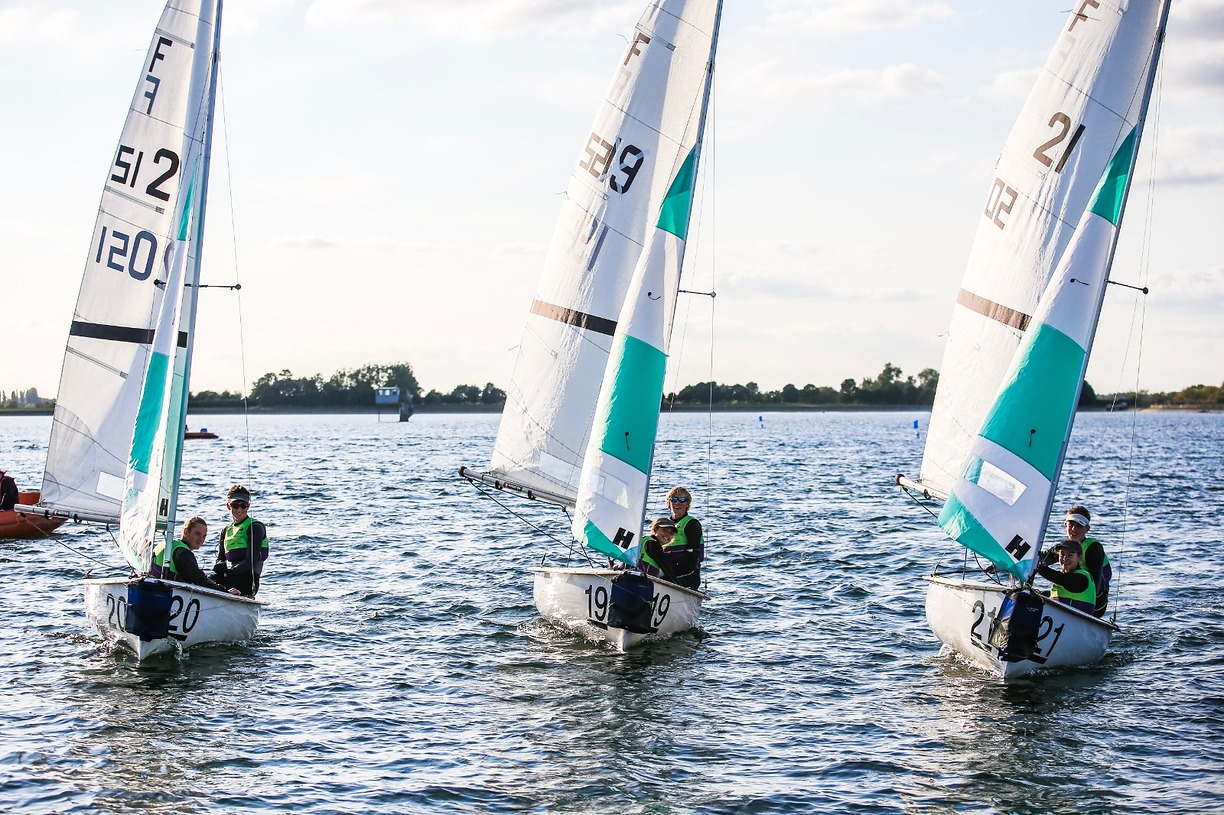 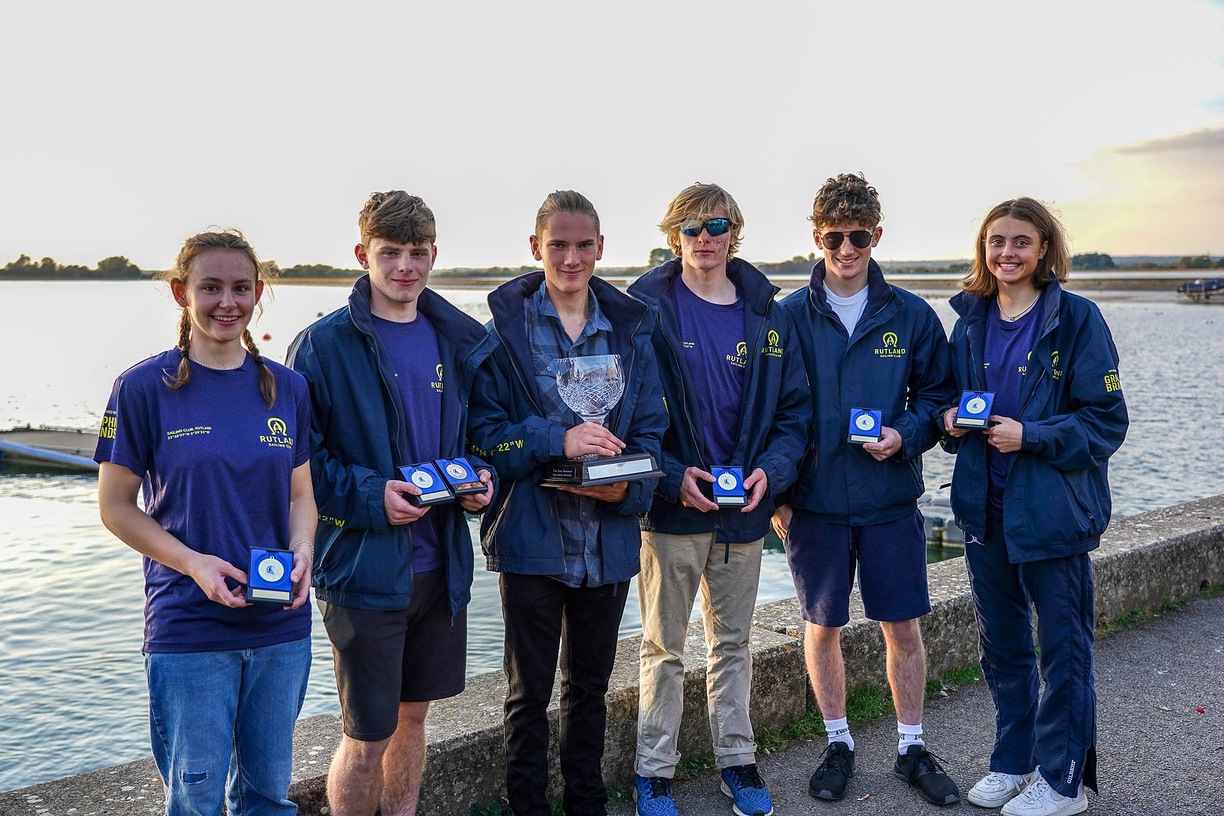